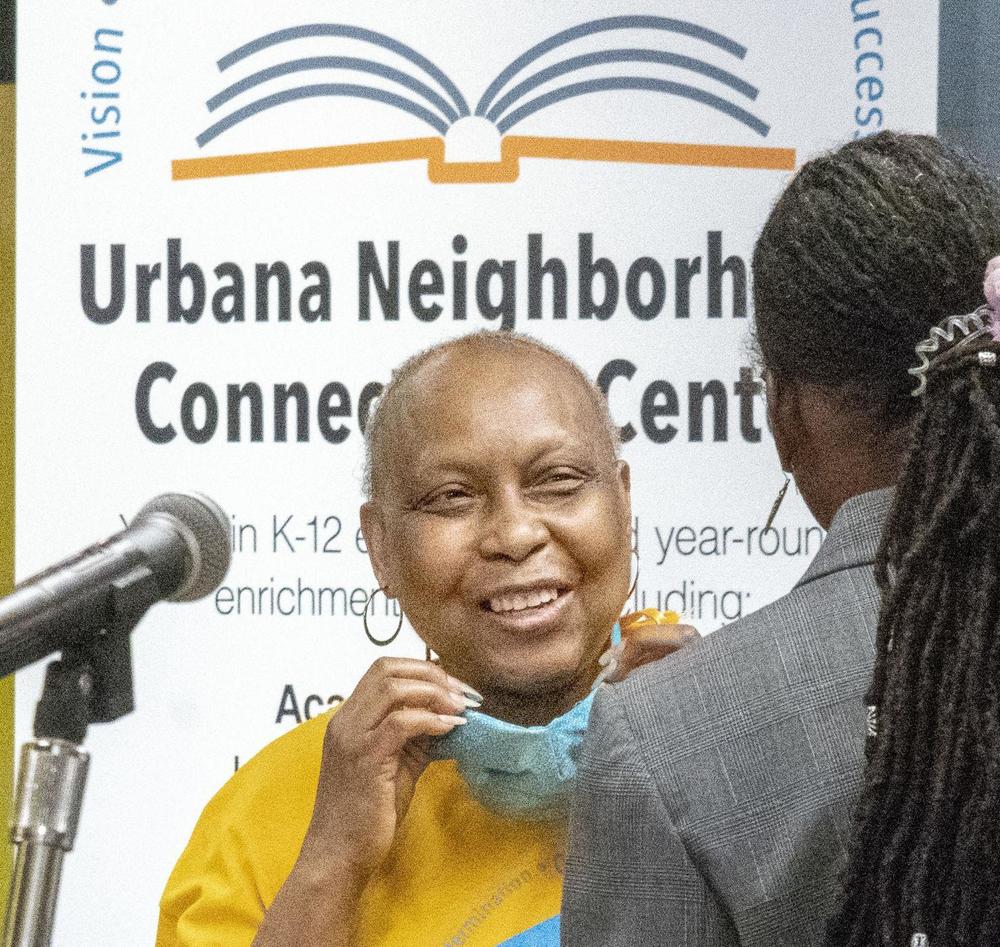 A Life Remembered | Urbana 'dynamo' remembered as a champion for children

A social worker by training, Mrs. Mitchell was a wife and mother blessed with the ability to gather people and resources to help children in need.

“She was a Christian woman that loved God, loved her family, loved her community, and she loved the children in the community. Her goal was always to help one child, and that she did. She helped many thousands of children, and not just children but their families,” Brown said.

Since 2005, Mrs. Mitchell has served as the Urbana school district’s parent and community outreach liaison.

But long before she started getting a paycheck, she was doing that kind of work, said Jennifer Ivory-Tatum, Urbana District 116 superintendent and longtime friend of Mrs. Mitchell.

“I have heard stories about her being an active parent who organized groups, dance teams, drill teams. She was so involved and so present and doing everything she could to make Prairie the best it could be. Her energy helped bring on other parents. She was just a lifeforce at the building,” said Ivory-Taturm.

Ivory-Tatum, who began as principal at King School in 2005 thanks to prodding by Mrs. Mitchell, recalled a time when four mattresses were dropped off at the school.

“She found out people needed something, and she knew all these people in the community, and it would just happen,” said Ivory-Tatum.

Former District 116 Superintendent Don Owen was equally in awe of Mrs. Mitchell’s talent at forging partnerships between families and the school district.

“She was a district employee who would have to come and have hard and uncomfortable conversations with teachers and administrators. She was excellent at that job. She was not afraid to stand up for people who maybe didn’t have a voice in that moment. And she didn’t just jump in and fix it, she helped people find their voice,” said Owen.

It was in January 2010 that Mrs. Mitchell, with the help of her husband and others who gravitated to her, opened the Urbana Neighborhood Connections Center in the former home of the Harley-Davidson motorcycle franchise at 1402 E. Main St., U.

Open until 5:30 p.m., the grant-funded center serves kindergarten through high school students with courses that help them develop educational and technological skills.

It also offers summer enrichment camps and college and career readiness training. Everette Mitchell works as a site coordinator there.

“She started it to be a community school kind of model, a school after school where young people could go for learning, enrichment, field trips and outreach activities to expose the youth to the community,” said Ivory-Tatum.

Janet LeRoy, an elementary teacher for 38 years who currently works at Leal Elementary in Urbana, got an up-close look at the center last year when two of her students spent their entire days there doing remote learning when the pandemic kept students out of school.

“What she provided for them was safe space, hot meals, and volunteers to be with students so they could get their work done in the afternoon,” LeRoy said.

“To have enough volunteers during COVID to provide that extra support, wow. I would see that (my students) were getting computer help and any assistance they needed as well as time to play and time to be a kid.”

LeRoy said when she dropped work off at the center, she could see that everyone smiled.

“It was so impressive to see. She ran the total package,” said LeRoy.

“In a world where everyone likes to complain about things, Janice did something. People routinely ask me what can we do to help with the gun violence and help stop this? My response is do something that you are comfortable with … whether it’s Sunday school, sports, scouts. Pick something and do it. She was a doer,” said Seraphin, a frequent guest speaker at the center.

State’s Attorney Julia Rietz, whose duties include prosecuting —and trying not to prosecute — juveniles, said Mrs. Mitchell was “an example of someone who walked the walk and did the work that needed to be done.”

“On her own, she created a safe space for children and young people, and gave them opportunities to see that they are valued and can achieve,” said Rietz.

“I am grateful to include my daughter among the countless young people whose lives were influenced for the better by Janice Mitchell,” she said.

Urbana Mayor Diane Marlin said she first interacted with Mrs. Mitchell years ago when Mrs. Mitchell invited city council members to the center to fill them in on her plans.

“Janice and Danny were cleaning the walls, painting the building, soliciting donations. She had a passion for helping kids and especially supporting them in their academic success, and it just grew into a lot more than that.”

“Her legacy lives on in the thousands of kids she helped over the years,” said Marlin.

Hub Burnett of Rantoul got to know her when he returned to Urbana in 1993 to serve as an Army recruiter.

Danny Mitchell said his wife was an Army ROTC candidate at Southern University in Baton Rouge, and had about a 13-year-long career in the military reserves, retiring as a captain and the company commander in Urbana.

“She was very helpful in helping me identify young people who the Army would be good for. Even though this is my hometown, I had been gone a while,” Burnett said.

Burnett, who is setting up a youth center in Rantoul, said he has taken a page from Mrs. Mitchell’s playbook in trying to start something in Rantoul as successful as what she did in Urbana.

“You better believe it,” Burnett said.

Mrs. Mitchell had a master’s degree in social service administration from the University of Chicago.

Danny Mitchell, a banker for 39 years, said his wife was doing an internship in Chicago when they met and he was instantly taken with her.

“She was one of the greatest cooks in the world,” he said. “She was a dynamo. She strived for perfection. Once she felt like it was close to perfection, then she went a step further.”

Danny Mitchell said he thought he and his wife would return to her native Louisiana to raise their family.

“When I saw how she blossomed in this community, how she was embracing the community and flourishing at what she was doing, I said no. This community can benefit greatly from her service,” he said.

And that it did. Prior to her employment with the Urbana school district, Mrs. Mitchell also worked at Cunningham Children’s Home and the Mental Health Center of Champaign County.

Danny Mitchell said the youth center is her legacy.

“We are going to work as hard as we can to continue that legacy in her name,” he said.