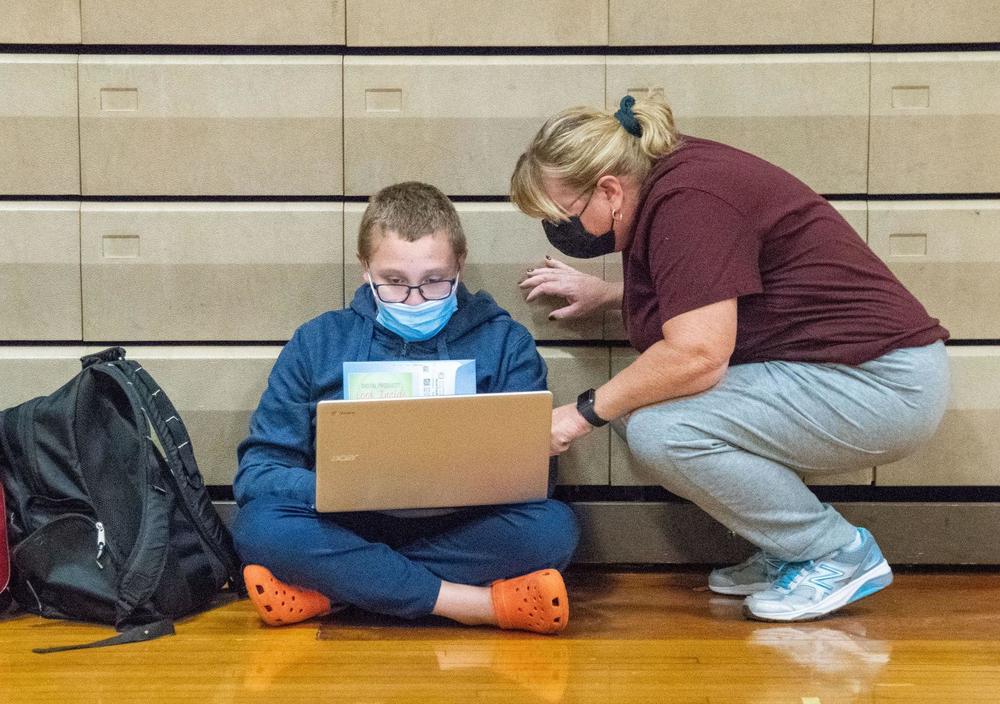 'It’s getting to be a bidding war' for school subs

Jeff D'Alessio is editor of The News-Gazette. His email is jdalessio@news-gazette.com.

Tonight in Urbana, Assistant Superintendent Angi Franklin will go before the school district board and make her case for why it ought to raise the substitute teacher pay rate by $20 a day — from $110 to $130.

Based on how similar pitches have panned out across the area recently, it shouldn’t be too tough a sell.

“We need those in the community who can to step up and help the kids in our schools by working for us,” Franklin says. “All of the school districts are fighting for the same subs and teachers. It’s cut-throat out there. Those working in schools are exhausted and we need the community’s help.”

If approved, Urbana would become the third district in just over a week to raise its daily rate.

Last Wednesday, Monticello’s school board signed off on Superintendent Vic Zimmerman’s request to go to $120 a day. That came two days after Mahomet-Seymour’s board authorized a daily rate hike even higher than the $25 a day requested by district administrators.

“It’s getting to be a bidding war,” Clinton Superintendent Curt Nettles says.

What was a chore for schools pre-pandemic — getting a “yes” on short notice from someone nearby who has no plans for the day, has passed the state-required background check and has either a bachelor’s degree or 60 college credit hours — has become even more challenging in the age of COVID-19, administrators say.

“The supply is devastatingly low and it is causing changes in professional development and other functions of school districts,” says Bement Interim Superintendent Sheila Greenwood, whose district pays subs $110 a day — “and they are worth a million,” she’s quick to add.

“I really don’t think money is the problem,” Greenwood says. “It is availability. COVID and the stress of being in education today has caused so many folks to pull away from helping. We have relied on our teachers to sub in-house and that puts a strain on them and their schedules, even though they want to help out their colleagues.”

The News-Gazette surveyed 42 area public schools or districts and also requested substitute pay rates from every private school, five of which responded.

— Three years ago, nine area districts paid daily rates of $100 or more, led by Rantoul City Schools at $115. Today, 31 are in triple digits, with three others at $95 (ALAH, Milford, Tuscola) and $90-a-day Fisher “likely considering an increase in the near future,” according to Superintendent Barb Thompson.

— Districts are upping the ante in ways other than raising their rates. Monticello, for one, is now offering a $200 sign-on bonus for new subs, as well as covering the cost of background checks and license fees for those who commit to the district.

Says Zimmerman of the rationale: “There are not enough subs. We are all fighting for them.”

— Filling in for the same teacher in the same school for an extended period of time can be even more lucrative.

Rantoul City Schools offers a similar incentive for subs who fill in for teachers on maternity or family leave time, and assume all “planning, grading and communicating responsibilities.” Their daily rate: $200.

St. Thomas More also leans heavily on its former teachers to fill in gaps, which so far this year haven’t been unmanageable, says the principal of the Champaign high school, Sister M. Bridget Martin.

“Honestly,” she says, “we haven’t had to have too many full-day subs this year, and have been working with a lot of in-house coverage, which gets teachers an extra stipend. We’ve also been using the same subs over the years, with some additions along the way, but we have been blessed to have them coming to us.

“We have some retired teachers and some teachers who are no longer working full time but like to be involved, so it is a mixed population.”

— Filling from within may be workable for a full day here, a half-day there, but it’s unsustainable long-term, administrators say.

The topic of possibly adding one new teacher at each of its buildings, to serve as permanent floating subs, was broached briefly at last week’s board meeting in Mahomet before a vote was taken on raising the rate.

“When we are short on subs, we rely on other staff members to provide coverage — and, in addition to their own duties, continually subbing internally is difficult,” Mahomet-Seymour Superintendent Lindsey Hall says. “We certainly hope that a pay increase for our amazing subs helps, but we’ve unfortunately seen with other situations that just offering more money isn’t always the answer to getting more employees.

“We are so grateful for the folks on our sub list — they do a tremendous job, each day is different for them coming in, and they’re dealing with COVID-related issues, just like the rest of us.”